As a leading Perth photo booth hire company, Adept Photo Booth Perth are accustomed to delivering on the biggest of occasions. That’s one thing that we had in common with our clients at today’s events as the West Coast Eagles celebrated making the 2017 AFL Finals.

Thursday 31 August 2017 followed a big week for the West Coast Eagles as the played themselves into September finals action. The club certainly earned a finals birth with a win at home over the minor premiers, the Adelaide Crows, securing eighth spot on the AFL ladder. 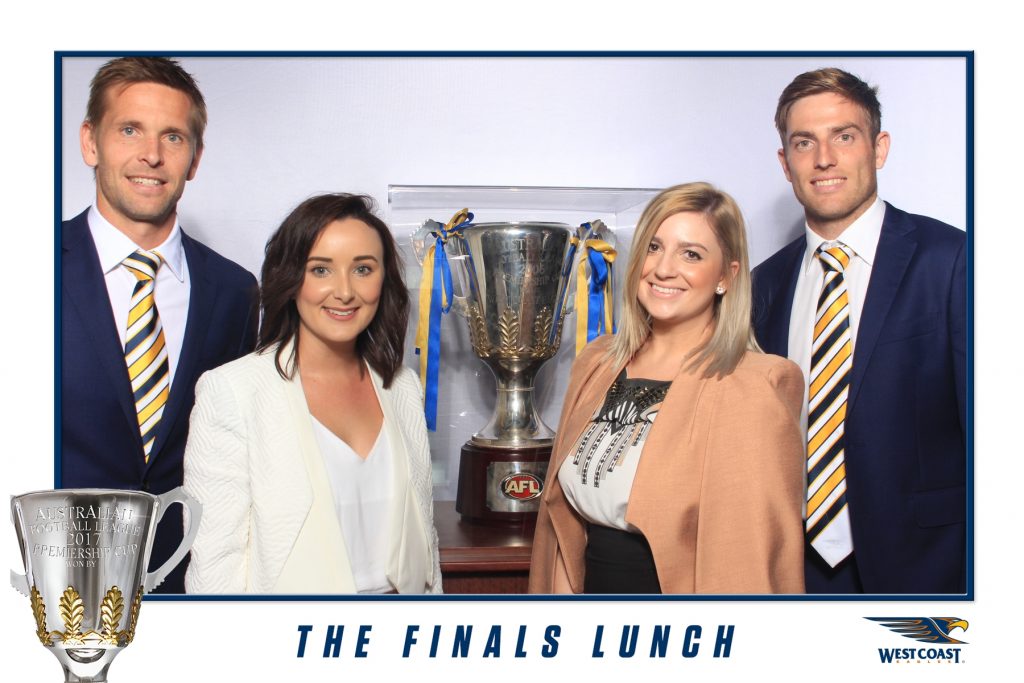 The Crown Ballroom at Crown Perth was the venue that did not disappoint with a delicious three course meal rolled out to the high standard one would expect from the venue. The venue was looking a fantastic thanks to theming and production by Highlight Event Brokers delivering a first class line up of entertainment from Panel interviews to a comedy act which was extremely well received by the 500 strong crowd.

Adept Photo Booth Perth played our part in two structured roles during the event with the West Coast Eagles 2016 Premiership Cup and players from the current squad where on hand as props and models for the guests to pose for photos with. Mark LeCras and Brad Sheppard where first off at the break in formalities after the entrees and Andrew Gaff and Scott Lycett posing with guests in the booth in the break after mains.

With 500 sponsors, corporate clients and fans in the room raring to get their moment in the spotlight with the players, two things were required from the photobooth: speed and efficiency, both delivered without compromising on quality.

The photobooth was positioned in a corner of the room near the stage which allowed for an efficient queuing system along a wall of the venue with our host on the day operating the photo booth to speed up the process. The layers and premiership cup were in place ready to go when the MC, Mark Readings, sent the crowd over in a wave to get their pics as soon as the players arrived. The artwork was restricted to one photo which was printed, in high quality, on fresh white artwork to reflect the formal nature of the event.

With any corporate photo booth set up, the host plays a major role in the guests experience from a customer service and user experience. Dressed professionally is business attire was fitting for this formal occasion and an ability to manage the large queue of people waiting to have their photo taken with their sporting hero’s. Our friendly and efficient staff ensure that the line moved quickly without guests feeling like they were being rushed.

“Thanks again – was a very smooth and quick process which worked perfectly for the amount of guests we wanted to get through.”  – Rebecca Roe (West Coast Eagles Event Manager) 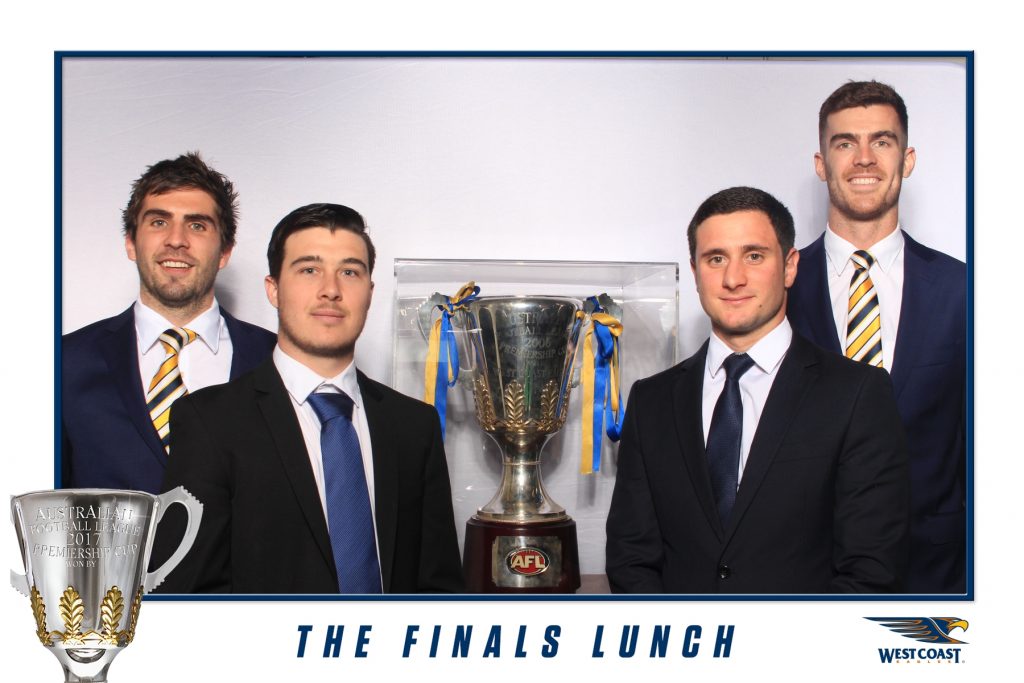 Attention to detail is something that Adept Photo Booth Perth pride ourselves on as we strive to think of all contingencies to deliver the best possible experience for the guests, which in turn, reflects on the events team managing the event.

If you are looking a corporate photo booth for any occasion, make sure that you drop us a line at Adept Photo Booth Perth before locking in just any old supplier. Backed by over 10 years of event experience let us take the stress out of your event planning by trusting your event in the hands of a Perth photo booth hire professional. 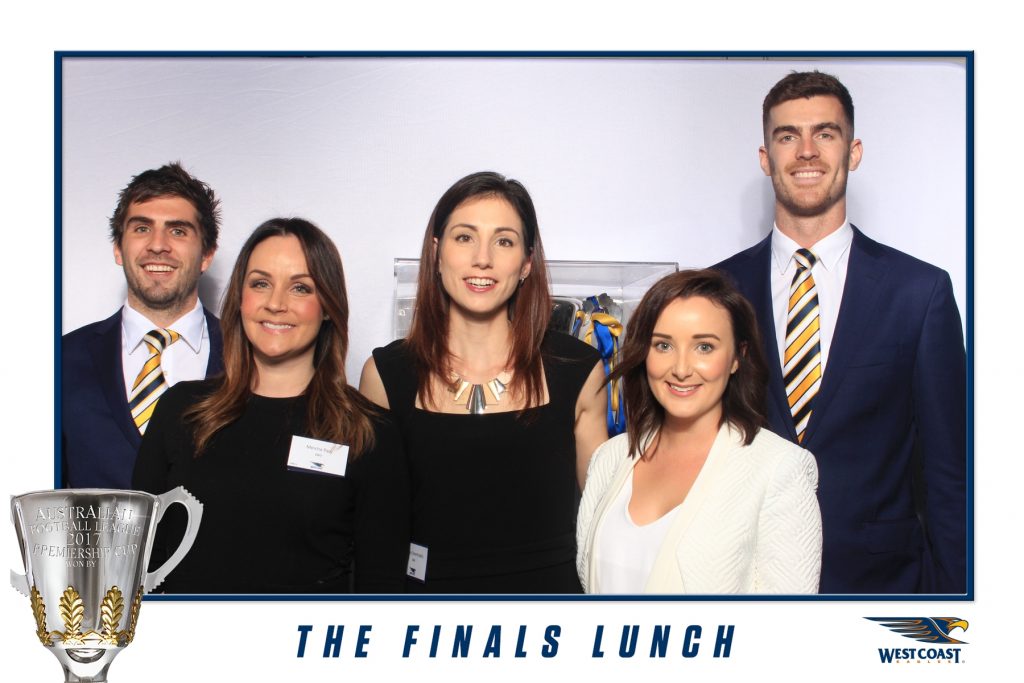