The concept of the Australian Tattoo Expo gathers hundreds of local and internationally renowned body artists come to the one place to show their wares and give local residents access to some of the world’s best tattoo artists on their doorstep.

The Expo was buzzing, quite literally, from the moment doors opened as the sound hundreds of needles began inking eager tattoo enthusiasts.

During the Perth leg of the Australian Tattoo Expo, ATE were looking to lift their entertainment game. Each day had a list of acts on the main stage including tattoo competitions, Pin Up Pageants as well as the Fuel Girls out of the UK with their show stopping aerial pyrotechnic show.

This is when Adept Photo Booths first spoke to the team at ETA who were searching for a photobooth to provide attendees with a branded photo as a value add for their admission fee as well as some viral word of mouth content to have attendees share their experience via social media.

At Adept Photo Booths, we specialise in Corporate photo booth activations and were able to put together a package that not only met the brief of ATE, but exceeded their expectations to the point where similar activations are set to become an integral part of their events going forward.

With a very targeted demographic attending this event, the brief was to capture as much data as possible and facilitate the sharing of social content.

So here is how did we approach this brief:

The artwork on the prints matched the theming and promotional material of the event perfectly which provided seamless integration of the photo booth with the event itself. The artwork displayed the event logo and also hashtags and other information allowing ATE to use the prints to communicate their key messages and encourage 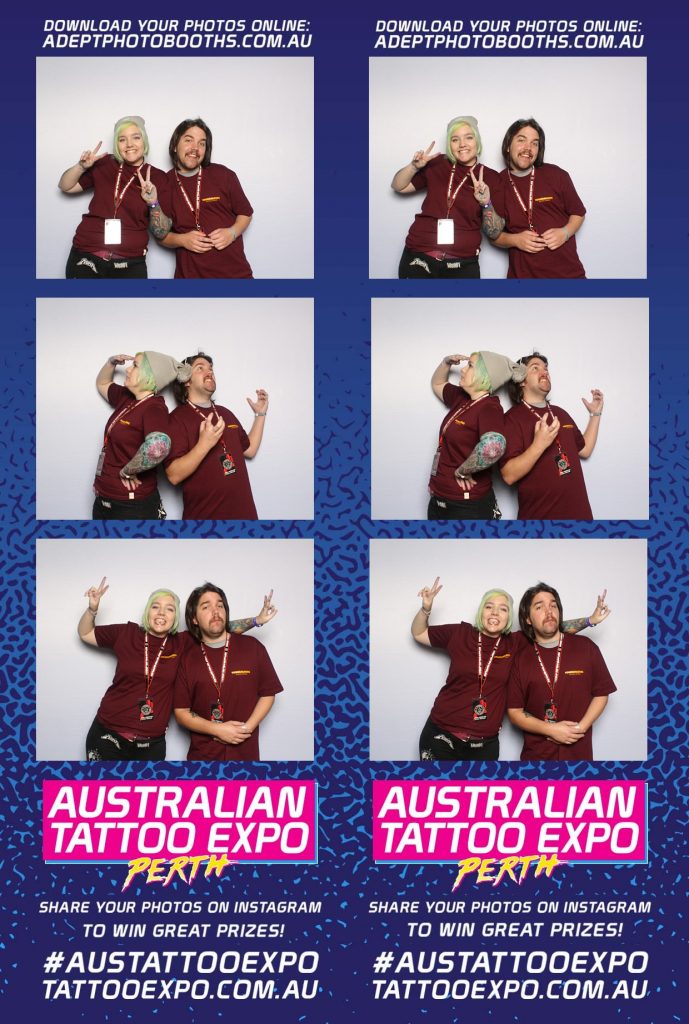 Video feeds in Facebook and other mediums are becoming focus of social media consumption and content creation. A GIF produced as an MP4 files delivers not only a more engaging output than a static image, but exposure to video feed as well as home feed. As Perth GIF Booth specialists, we can deliver Boomerang GIFs and and a traditional GIF Booth with still images looped together. If data is king then the Social Sharing Station is the throne. An iPad kiosk is linked to the photobooth allowing users to send themselves an email of their images and GIF’s or share via other social mediums. The Australian Tattoo Expo we used the Social Sharing Station to allow patrons to receive a copy of their photo on the spot and share on social media with specific hashtags to win prizes. 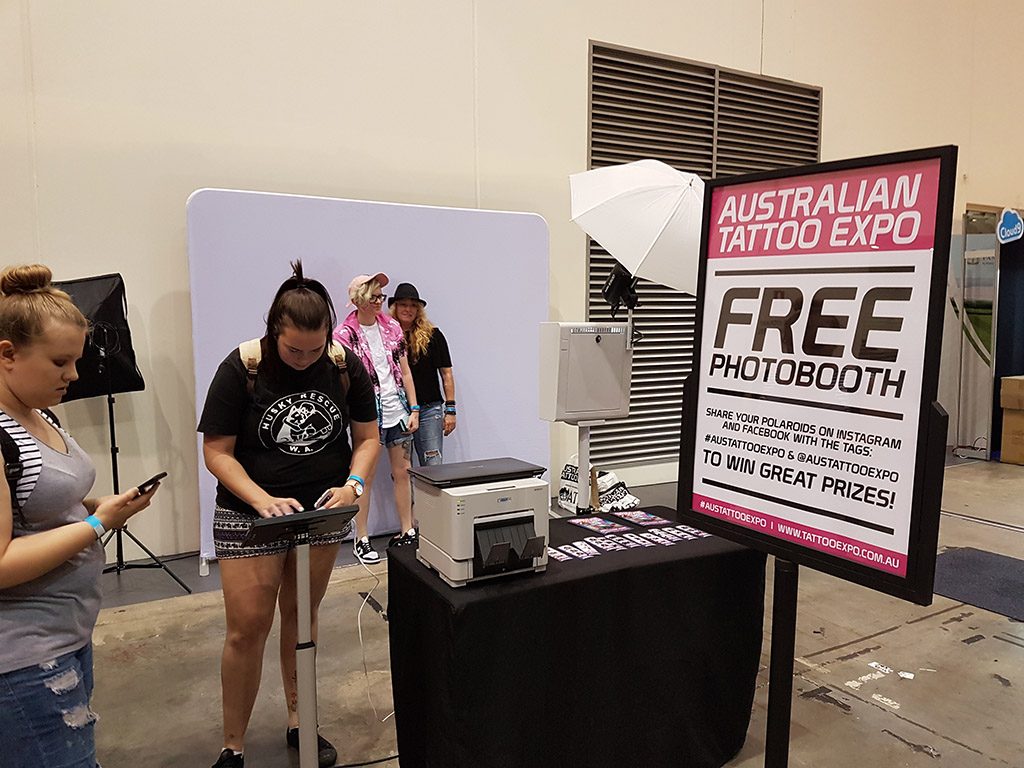 An online photo gallery comes standard with all Adept Photo Booth packages. Accessed via the ‘Client Gallery’ at  www.adeptphotobooths.com.au can be password protected and also allow the client to dictate features such as who can see the gallery and who can download images.

With data capture being a priority of ATE, we were able to request email addresses before people could view the photo gallery. This meant that if people did not want to use the social sharing station, they would have to provide an email address for digital access to their images.

Over the three days we were able to deliver a number of commercial outcomes for ATE. What started as purely entertainment soon evolved in to a key component of their marketing activity and is set to become a feature of events in the future.

We are looking forward to working with ATE in the future and welcome a conversation with any organisation that wants to take their next brand activation to the next level.