Perth pop icon, Troye Sivan, made his way home to HBF Stadium this week to play a show in front of his home town fans.

In a global initiative Aloft Perth, part of Marriott Hotels, celebrated the homecoming with an intimate show for 200 of Sivan’s hometown fans the night before the HBF Stadium concert.

Perth was the second show of the Aloft Hotels Homecoming Tour following the homecoming of Njomza in Chicago before featuring Mala Rodriguez in Madrid and Dermot Kennedy in Dublin. 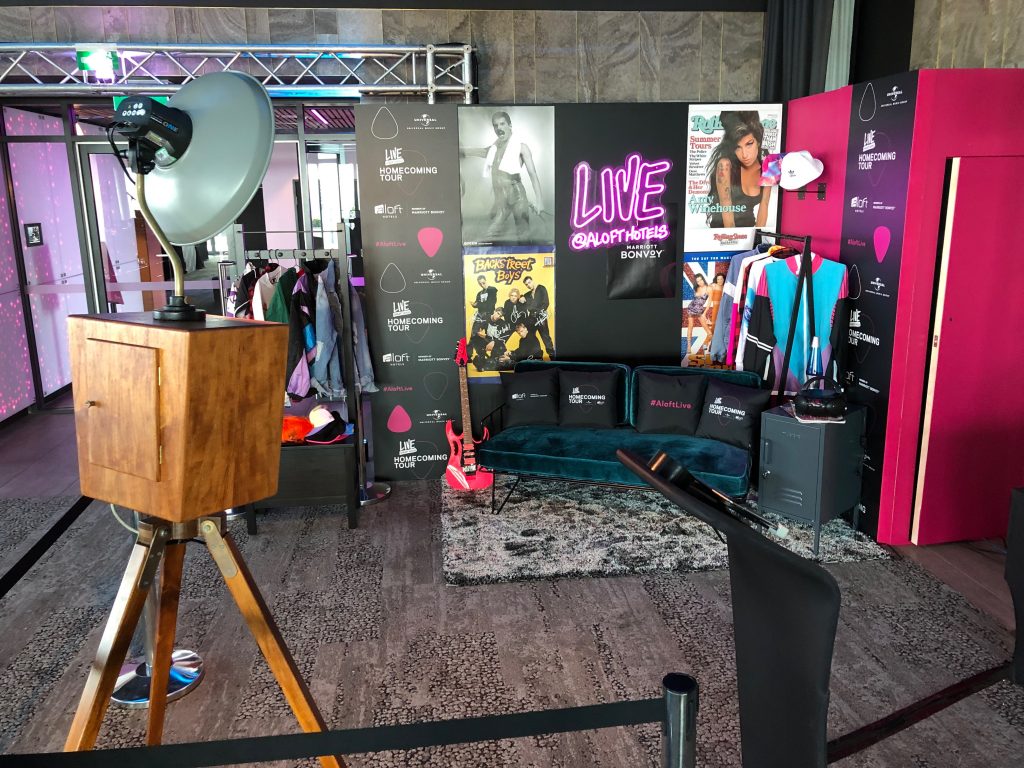 The Live at Aloft Hotels Homecoming Tour, powered by Universal Music Group, provided an exclusive meet and greet session at sound check before welcoming the remaining guests in to witness an intimate show with Troye Sivan.

This truly was a once in a lifetime experience for fans who were not only treated to an intimate show with Sivan, but also enjoyed a 1999 themed photo booth experience, digital illustrations, augmented reality app to made the show ‘Bloom’ as well as a fully catered food and beverage package.

Check out some of the show through the augmented reality app design for the show here:

We loved working with the vintage 90’s set featuring a full wardrobe of parachute and denim jackets, band posters, and a hot pink electric guitar to name a few. Our Vintage Photo Booth filled the part perfectly with fans able to share their experience from the booth via email.

This set up required some complex camera work which is why the client sought up our services, Aloft wanted their feature neon sign to pop in the photo and avoid the blur that can often happen when trying to capture a neon sign in the GIF output.

You can check out some of the GIF’s and photos from the photo booth below:

The fans present were clearly moved and in some cases overwhelmed with the whole experience no doubt leaving with the memory of a night etched in their minds that will stay with them forever.